Is Buying Stance Stock a Good Investment in 2023? 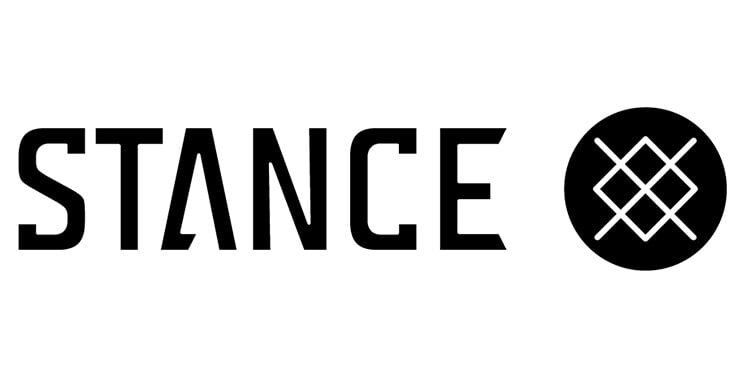 Stance, a company that has revolutionized the sock industry since 2010, has seen great economic growth through its creative designs and innovative marketing strategies. Founded by Jeff Kearl, Stance has become a lifestyle brand and a symbol of expression for many individuals.

Before Stance entered the sock industry, the market was known for its dull, boring designs with little to no personality. Stance changed that, creating various colors, patterns, and designs that allowed individuals to make a statement with their socks.

Through celebrity endorsements, targeted advertising, and unique collaborations, Stance has become one of the most recognized brands in the industry. In this article, we will explore the journey of Stance and how they have revolutionized the sock industry.

Additionally, you’ll learn whether or not you can buy Stance stock or other related stocks.

Can You Buy Stance Stock?

Because of Stance’s success, the fact that you are one of the thousands of investors interested in purchasing stocks from this firm is not surprising at all.

Unfortunately, as of 2023, Stance is still privately owned and is not part of any public stock market.

This means investors cannot purchase Stance stock through the stock market now. However, there is no need to freak out or be disappointed because there are still many excellent companies in the fashion and design industries that you can invest in and enjoy success with.

Some examples of these businesses include Gap Inc., NEXT plc, Stitch Fix, and others.

Stance revolutionized the sock industry with its creative designs and patterns. The brand’s goal was to create a product that represented the individual wearing them, and they have exceeded that with historic levels of success.

With various designs, including the ever-popular sports socks, Stance allows individuals to make a statement with their footwear.

One of Stance most popular designs is its sports socks. The sports socks are designed for all sporting events, including baseball, soccer, football, and basketball.

The sports socks come in various color schemes and patterns, allowing the athlete to make a statement on the field. Whether the athlete is a baseball player or a soccer player, a Stance design is perfect for them.

Stance also offers a variety of lifestyle socks, including patterned and fashion socks. The patterned socks include designs that feature floral patterns, geometric patterns, and animal prints, while the fashion socks are available in a solid color scheme.

Stance designs are created to help the individual wearing them make a statement, increasing revenue growth.

Stance has revolutionized the sock industry with creative designs and innovative marketing strategies. Stance created a brand with a bold statement and a tremendous annual growth rate in a once-dull industry.

The brand’s marketing strategies have helped cement Stance as one of the most recognized brands in the industry, with steady growth.

These custom-designed socks have helped Stance make a name for itself in the sports industry. Stance has partnered with brands, including Gatorade, Major League Soccer, Major League Baseball, Epic Games, and the National Basketball Association (NBA).

These partnerships have helped Stance become a household name while bringing awareness to these other brands.

The Fashion and Design Industry in 2023

In 2023, the fashion and design industry will be worth more than $16 billion, a significant increase from its current value and historical levels when you look at the bigger picture.

A portion of this growth can be attributed to Stance and their innovative sock designs and marketing strategies which bring in strong cash flow.

Stance has become a household name with its ever-growing product line, allowing it to earn revenue from online and brick-and-mortar sales.

Additionally, the brand has partnered with other brands, allowing them to reach a wider audience.

Stance has created a large following and reputation through its targeted advertising. They have partnered with several sports teams and celebrities to create custom designs and products.

Stance has partnered with the Golden State Warriors since 2013 and has created special edition socks featuring the Warriors’ logos and colors. They have partnered with sports teams such as the New York Yankees, Philadelphia 76ers, and the Toronto Raptors.

Stance has partnered with celebrities such as Kevin Durant, Conor McGregor, and James Harden.

These partnerships have allowed Stance to create a large customer base and increase their profit margins. Millions see their ads of individuals, and their products align with their interests.

Individuals who are fans of sports teams or celebrities are likely to purchase Stance because their products have a connection with someone they admire.

Stance has created unique collaborations to help them stand out in the sock industry. They have partnered with sports teams, celebrities, and designers to create unique designs that can only be found on their products.

They have partnered with the Golden State Warriors, the New York Yankees, Kevin Durant, and other sports teams and celebrities to create designs specific to their partnership.

They have also partnered with artists and designers to create limited-edition designs that can only be found on their socks.

They have partnered with artists and brands such as Munk One, Dan Widawsky, and SETH. These collaborations have helped Stance create a name for itself in the sock industry.

Stance Impact on the Sock Industry

Stance has revolutionized the sock industry through innovative designs and creative marketing strategies. They have created a lifestyle brand that has a connection with many different individuals.

Stance has also significantly impacted the sock industry through its charitable contributions. They have partnered with charities such as FEET (in collaboration with Kevin Durant), where a portion of their sales fund underprivileged youth in the United States.

Stance has also partnered with charities that help individuals suffering from rare diseases. These partnerships have helped them give back to society while increasing brand awareness.

What to Invest in the Clothing Sector

This is due to a growing middle class, increased online sales, and more online retailers. This will drive demand for clothing, increasing revenue for the clothing sector.

Stance has been able to adapt to the changing economy and grow its brand through unique collaborations with sports teams and celebrities.

They have also created special edition socks that feature unique designs created by artists and designers worldwide. These strategies have allowed them to grow in value and become a top investment for the clothing sector.

The company, which has its headquarters in San Francisco, California, was founded in 1969. In 2014, the company had a total revenue of $16.9 billion and employed 89,300 people worldwide.

The Gap’s signature product is the blue-boxed, yellow shirt, which has been part of the company’s branding for over 35 years.

Gap Inc.’s sock brand, Athleta, manufactures a variety of performance and athletic-inspired socks. Athleta socks are designed for various activities, such as yoga, running, and hiking.

Abercrombie & Fitch is an American retail company specializing in casual apparel, footwear, accessories, and fragrances. On the markets of the United States and Canada, the company operates as a specialty shop; nevertheless, on the markets of other countries, it functions as a department store.

The company has been around since 1892 and has its headquarters in New Albany, which is located in Ohio.

A member of Stitch Fix can take use of an online personalized clothing solution provided by the technology company Stitch Fix.

The company has been operating since 2011 and has its headquarters in San Francisco, California. In 2017, Stitch Fix’s revenue was $979 million.

NEXT plc is an apparel retailer that sells casual menswear, womenswear, and kids’ apparel. The company has over 1,100 retail stores in the United Kingdom and Ireland and franchises in 14 countries.

NEXT plc’s revenue was £2.6 billion in 2017. NEXT’s sock brand, Sock Shop, stocks a variety of men’s and women’s socks in various colors and patterns.

RealReal is a peer-to-peer consignment marketplace where individuals can buy and sell new or used luxury goods.

The company was founded in 2013 and is headquartered in San Francisco, California. In 2017, RealReal’s revenue was $100 million. RealReal sells a variety of socks in a range of colors, patterns, and designs.

The company offers men’s and women’s socks, sizes for all genders. RealReal’s socks are designed for daily wear and special occasions.

Stance is a lifestyle brand that specializes in socks. The company was founded in 2010 by Jeff Kearl and has since become a successful brand in the sock industry.

Stance has revolutionized the sock industry with creative designs and innovative marketing strategies. With various colorful and patterned socks, Stance allows individuals to make a statement with their footwear. It’s no wonder that so many investors want to invest in Stance stock.

The brand currently distributes in over 6,000 retail stores worldwide and has seen success with celebrity endorsements and unique collaborations.

Stance has also partnered with nonprofits, including the Special Olympics and the American Heart Association, to help bring awareness to their cause.

Stance goal is to create products designed to help people find their identity, regardless of the activity in which they participate.

With various socks for all sports and activities, Stance allows individuals to express themselves with their footwear.

Stance has revolutionized the sock industry through its brand image, creative designs, and innovative marketing strategies. The company’s success is attributed to its ability to connect with its audience through creative designs and the use of social media.

So many investors can’t wait to invest in Stance stock. Stance has become so successful that it has even attracted other businesses to collaborate. These businesses include the likes of Star Wars, Marvel, and Disney.

These collaborations have not only benefited Stance financially but have also helped them to reach out to new audiences. Stance has revolutionized the sock industry with its creative designs, branding, and collaborations with other businesses.

Stance has managed to stand out from the crowd by creating a brand that appeals to a wide range of individuals, regardless of race, gender, or age. The company has accomplished this by creating innovative designs, partnering with sports and pop culture icons, and implementing targeted advertising.

Stance has seen success over the last ten years, revolutionizing the sock industry. The company will continue to grow in the next ten years, with the fashion and design industry expected to change dramatically.

What is Stance suitable for?

Stance is a popular brand of socks that offers various styles and designs. The company is known for its unique designs, high-quality materials, and comfortable fit.

Stance is designed to be both fashionable and functional, offering a range of features such as arch support, moisture-wicking fabric, and cushioning for extra comfort.

Stance is a privately-owned company founded in 2010 by Jeff Kearl, John Wilson, and Taylor Shupe. Unfortunately, you can’t yet invest in the company’s stocks.

The company is headquartered in San Clemente, California, and produces socks for men, women, and children.

Stance has become well-known for its unique designs and collaborations with celebrities such as NBA star Dwyane Wade and musician Post Malone.

Is Stance made in the USA?

Stance is not made in the USA. The company is based in San Clemente, California, but its products are manufactured in China and Vietnam.

Stance has a few factories located in these countries that produce their socks. While Stance does have some US-based employees, most of the production is done overseas.

What socks compare to Stance?

Regarding socks, Stance is one of the most popular brands on the market. However, several other sock brands offer comparable quality and style. These include Bombas, Richer Poorer, Happy Socks, and Smartwool.