Analysts are optimistic, pinning their hopes on Sea's success in the entertainment and e-commerce industries. 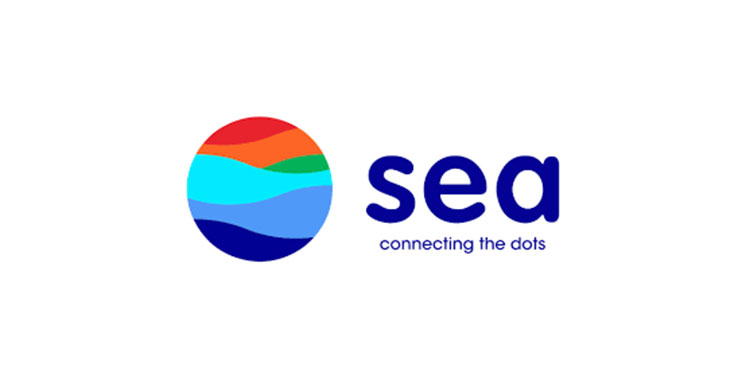 Shopee is a global leader in the e-commerce industry. Panorama Mobile Time/Opinion Box found that in 2021, it would be the most downloaded app worldwide in the category “shopping” and is the market leader in Brazil. However, the origins of Shopee and its founders are a mystery to some.

Sea Ltd., which operates in gaming with Garena, financial technology with Sea Money, and e-commerce with Shopee, is in charge of e-commerce. A Singapore-based startup that has been in operation since 2009 and got its start developing in-house software. Later, it became known as the “Tencent of Southeast Asia” due to its role as a distributor for Tencent Games.

Countries like Indonesia, Vietnam, the Philippines, Malaysia, and Taiwan are critical locations for Sea operations. Launched in 2015, Shoppe claims to be the most popular online marketplace in Southeast Asia.

The release of the company’s first mobile game, Free Fire, is another watershed moment; it is a staple of the Brazilian mobile gaming market. There are currently over 80 million people who regularly use the game every day across more than 130 markets, and the game has been downloaded a billion times from Google Play.

Shown off on the Big Screen of the NYSE

During the years 2019 and 2020, Sea was widely regarded as the best-performing large-cap player in the world. However, shortly after that, a meteoric increase in value made it unrivaled by its rivals.

Forrest Li, CEO of the company, claims that the pandemic’s start led to a rise in interest in mobile games and the company’s e-commerce platform.

The shift in roles makes it natural to be wary, but the wager is on the retailer’s net positive value. It’s not a quick fix; it’s a solution for the long haul.

One of the most influential players in Thailand’s digital economy over the past decade has been Sea (Thailand), the domestic branch of the New York Stock Exchange–traded firm Sea, responsible for the e-commerce behemoth Shopee.

The online gaming company Garena, the digital payment and financial services provider SeaMoney, and Shopee make up Sea, a Singapore-based company founded in 2009.

Sea (Thailand) recently marked ten years in business in Thailand with a party.

Sea (Thailand) is getting ready to commemorate ten years in operation by expanding the breadth of its digital offerings, notably digital banking, to power the company’s continued growth.

According to Maneerut Anulomsombut, Sea’s CEO, “over the past ten years, Sea [Thailand’s] digital services have reached millions of Thais across the country and become a part of digital lifestyles” (Thailand).

Ms. Maneerut believes that the increasing usage of digital services in the wake of the epidemic drove up demand for the company’s digital platforms.

She argued that consumers and business owners could benefit from adopting digital platforms.

By 2021, Thailand’s digital economy had reached US$30 billion, making it the second biggest in ASEAN, behind Indonesia. According to research by Google, Temasek, and Bain & Company, the market is expected to grow to $57 billion by 2025.

Ms. Maneerut noted that closing the country’s digital divide was crucial to capitalize on the possibilities presented by information and communications technology advances.

Sea’s first presence in Thailand was through its gaming company Garena, which hosted the Garena World Tour in the nation. See a growth opportunity in providing facilities for e-sports and emerging digital professions,” said Ms. Maneerut. Therefore, we want to help establish Thailand as a regional center for e-sports.

The Potential of the Global Market

Both merchants and consumers have shown a marked increase in their use of Shopee. Many small and medium-sized businesses (SMEs) in the area rely on the income generated by the online marketplace, which also offers a comprehensive suite of e-commerce services (including a management system, fulfillment, and logistics).

According to Ms. Maneerut, Thailand’s e-commerce industry is also increasing. The industry is likely to grow from its projected $21 billion in 2021 value to reach a CAGR of 5%.

In May, Shopee Thailand introduced the Shopee Foreign Platform (SIP) to assist local merchants in expanding their operations to new international markets. To participating retailers, SIP handles inventory and customer service inquiries from across the world.

Ms. Maneerut has stated that in the beginning, the SIP program will market products from stores in Singapore, Malaysia, and the Philippines.

Originally known as “AirPay,” SeaMoney rebranded as “ShopeePay” in 2021 to better cater to a broader range of users and expand beyond its original focus on online gaming payments.

The number of e-wallet users in Thailand is projected to reach 18.6 million by 2020, thanks to the country’s recent economic boom. Sea (Thailand) launched that by 2025, the population would have increased to 41,9 million.

Outside of large cities, ShopeePay users increased by 50% in 2021 compared to the previous year.

SeaMoney is the first firm in Thailand to be granted a license by the Bank of Thailand to provide digital personal loans.

Shopee’s current offerings include SEasyCash, an initiative to increase online vendors’ access to cash, and SpayLater, a program that allows customers to spread out the cost of their Shopee purchases.

Ms. Maneerut says, “Our services are designed to assist in maintaining seller and consumer financial liquidity in the current economic climate.” “If the government agency allows applications for digital banking licenses, we plan to submit one. In Indonesia, we offer this service to the public already.”

THEORY BASED ON FOUR PRINCIPLES

The third strategy emphasizes “empowerment,” or providing workers with the freedom to propose their ideas and initiate their projects; the final process, “encouragement,” involves guiding workers whose efforts may not be fruitful.

According to her, Thailand’s Sea region values the “trial and error” method of discovery when it comes to innovation.

Ms. Maneerut stated that the company’s competitiveness and strength might depend on the efficient use of capital, goal-oriented resource management, and customer-centric services in the face of economic challenges.

While the development of ecosystems for e-commerce and digital financial services necessitates new ways of thinking about the gaming industry, the industry has emerged as one of the primary forms of entertainment.

Ms. Maneerut remarked that the company’s recent restructuring, which resulted in job cuts at food delivery service ShopeeFood and ShopeePay, was necessary because of the economic volatility.

The choice was not easy, Ms. Maneerut admitted. Compensation and career guidance were discussed with affected employees to ensure a seamless transition.

She emphasized that there has been no effect on business operations.

The Thai Sea has also promised to help the community become more tech-savvy.

It plans to produce 10 million “digital talents” in the next decade through its “10 in 10” initiative.

The price target for Norsk Hydro ASA (OTCMKTS:NHYDY) has been reduced by Deutsche Bank Aktiengesellschaft to 78.00.