by Elaine Mendonça
in Best Stocks to Buy Now 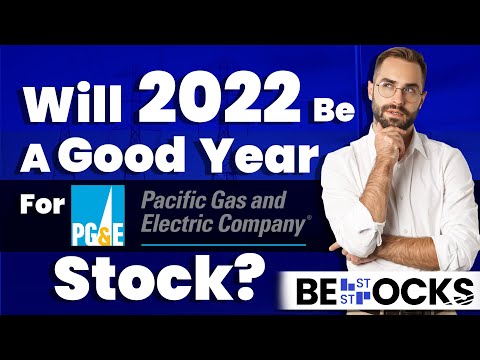 PG&E Corp. (NYSE: PCG). The company emerged from bankruptcy in July 2020 and has a new CEO coming on board in January. However, we believe that the lack of a dividend makes PCG less attractive to utility investors, who are mainly attracted by current income. The company is also seeing slower industrial electricity and gas usage due to the pandemic.

The stock has declined 87% over the past two years, losing about $30 billion in market value due to the company’s wildfire liability, lack of financing, and bankruptcy filing. In our view, PG&E must focus on improving the safety of its power lines. Under the company’s 2020 Wildfire Mitigation Plan, PCG has relocated over 200 circuit miles underground or otherwise made them more resilient, cleared hazardous vegetation, increased inspection and surveillance, and worked to reduce the impact of wildfire-related outages on customers. The 2020 wildfire season in California contained some of the largest and most prolonged fires on record. In advance of wildfire season in February 2020, PG&E announced a wildfire mitigation plan that built on work completed in 2019. Elements of the plan include system hardening, vegetation management, increased surveillance, and reduced customer impacts.

Under system hardening, PCG has exceeded its target of relocating 257 circuit miles underground or replacing those circuits with stronger poles and covered conductors. Vegetation management is now at 90% of the company’s 2020 target. To improve monitoring, PCG has added weather stations and high-definition cameras in high-risk areas and stepped-up human inspections. The company is also working to restore power more quickly after outages.

PG&E Corp. and Pacific Gas and Electric emerged from Chapter 11 bankruptcy on July 1, 2020; the company had entered bankruptcy in January 2019. As part of the settlement announced in July 2020, PG&E settled wildfire claims, joined California’s new wildfire funds program, selected a new board, made additional safety commitments, issued new stock, and restructured its debt. Patti Poppe, the former CEO of CMS Energy in Michigan, will become PG&E’s new CEO in January 2021. William Smith, the former president of AT&T Technology Services, is serving as interim CEO until then. In October 2020, Mr. Smith said that the company was focused on building a new PG&E that would deliver on commitments to operate safely, reduce risk, and put customers first.

The pandemic has lowered demand for electricity and gas from industrial and commercial customers while boosting residential usage. Industrial and commercial demand recovered during the summer and early fall but has now been impacted by new shelter-in-place orders in California. However, the rollout of new vaccines could lead to improved demand in 2021.

Along with the 3Q20 results, management reaffirmed its non-GAAP guidance for 2020, which was implemented in July after initial guidance was withdrawn due to COVID-19. The guidance range for core earnings is $1.60-$1.63 per share. Although first-half earnings exceeded that total, some of these earnings have now been restated to reflect the higher share base. We believe the current consensus of $1.93 has been distorted and fails to fully reflect the new share issuance.

The adjusted 3Q profit margin of 8.2% was below the average for peers.

Moody has withdrawn its ratings on PG&E’s debt. On January 14, 2020, Moody’s downgraded PG&E’s debt to Caa3 from Ba3, indicating a lower level of noninvestment-grade speculative, or ‘junk’ status. The agency said that the company’s access to capital was uncertain. S&P and Fitch also recently withdrew their ratings on PG&E’s debt after lowering them to junk. PG&E has drawn the full amount of its $3.5 billion credit facility.

The company plans to issue up to $25.7 billion of stock over time, which will significantly dilute outstanding shares.

The board has announced that Patti Poppe, until recently the CEO of CMS Energy in Michigan, will become the new CEO, effective January 2021. William Smith, former president of AT&T Technology Services, is serving as interim CEO until then. Mr. Smith replaced Bill Johnson, who served in that role for less than a year. Incoming CEO Poppe has deep industry experience and a record of implementing a strong safety culture, according to current CEO Smith. Her five-year contract promises stability after Bill Johnson’s short tenure. We expect investors to approve the transition.

Key risks for stocks in our electric utility universe include commodity price fluctuations (such as the cost of fuel for electric generators).

As discussed above, the company faces liability risks for damages from wildfires in California.

PG&E Corp. is the holding company for Pacific Gas & Electric Co., a utility that provides electricity and natural gas in northern and central California. PG&E is a large operator of underground natural gas storage fields in California.

PG&E Corp. is a leading electric and natural gas utility company. We provide electricity, natural gas, telecommunications, and water services to our customers in Northern California. Its mission is to serve our customers with the best possible service and products while protecting the environment. Its are one of the largest electric utility companies in the United States and one of the most environmentally friendly.

We believe these discounts are warranted given the company’s high debt load, share dilution, and ongoing wildfire mitigation challenges. Given the company’s recent emergence from bankruptcy, along with the reorganization of the company’s management and board, we are maintaining our HOLD rating.

WHY IS PG&E STOCK DOWN?

At press time, November 1st, 2021, PG&E Corp. stock is down 0.24% from yesterday, which is a lot even by usual standards. Maybe it has to do with the fact that PG&E just released its third-quarter earnings report, and they’re not so hot. PG&E’s net income dropped 8% in the third quarter of 2018, a disappointment considering how much their stock price has been going up recently. In addition, the company’s share value has been on a roller-coaster ride this past year, soaring to boost new highs earlier this month before dropping back down to earth this week.
The utility company‘s total revenue for the third quarter was $7 billion, while its adjusted earnings amounted to $562 million.
Forbes indicates that the cause of this drop in stocks is due to a deep concern about PG&E’s financial stability. In light of the bankruptcy, PG&E has been trying to lower costs by laying off workers and freezing pension contributions.
Since these decisions were made, many people have voiced their disapproval on social media platforms like Facebook and Twitter. They believe that PG&E should not be cutting back on its workers when it is already experiencing difficult times financially.

WHAT ARE THE MAIN RISKS OF INVESTING IN P&G STOCK?

PG&E could be an excellent addition to a dividend portfolio as the company provides reliable dividends with dividend growth potential. They have plans to make an electric vehicle network in Northern and Central California, and if approved, could be an exciting addition for their customers and shareholders alike. The stock is volatile but has historically been a safe and reliable dividend payer.
Consumers, however, may be wary about joining PG&E given their sizable liabilities. PG&E’s market capitalization of around $37 billion makes it the eighth largest energy provider in the United States. With its size and customer base, investors may be wary about this company’s financial standing.
Given its vast customer base and relatively high profile, PG&E faces increasing competition in the market. As a result, this could reduce future growth opportunities. PG&E has seen a reduction in earnings over the last two years.
As an investor, there are also significant risks associated with PG&E’s high exposure to the utility industry.

PG&E today operates mainly in power delivery, electrical distribution, and customer service. PG&E owns over 70,000 miles of transmission lines and serves California households and Nevada and Oregon. It has more than 23,000  workers and 2.4 million poles, dikes, towers, and associated transformers. The company provides service to over 16 million people in California  and national territory.
Today, they are one of the largest energy providers in the United States. PG&E has over 6 million customers throughout Northern and Central California, as well as Nevada. In addition, they provide service to over 47% of Californian households, making them a major player in the state’s economy. But they’re not just about reliability. PG&E is committed to sustainability efforts, including reducing greenhouse gas emissions, increasing renewable energy sources, conserving water, and creating healthier communities for their customers.