Best Penny Stocks 2021: The Next Wave of Success

by Elaine Mendonça
in Best Stocks to Buy Now, News 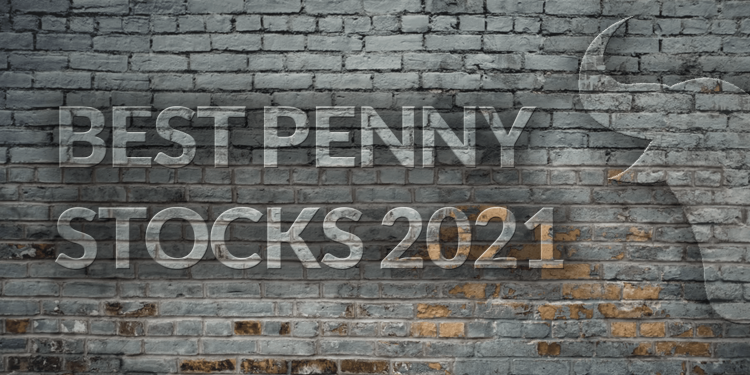 How do you determine the best penny stock in 2021?

Simply putting it, you want to make sure you’re choosing stocks that give you the best return on investment (ROI). That means you’ll want to find stocks that have high dividend yields and low P/E ratios, among other things. Using a beta coefficient, you should also look at how much volatility there is in the stock over time; the more volatile a stock is, the riskier it is to invest in. The beta coefficient measures how sensitive an individual penny stock trend is compared to broader movements in the market trend.

Also, you want to know what the company does, how long it has been in business, and who its competitors are. Finally, it is often a good rule of thumb to diversify your investment. Keeping on your portfolio just one penny stock rather than a bucket of stocks is extremely risky.

Determining which penny stocks are the best to invest in can be confusing. Many variables go into what makes a penny stock good, but often it’s the same principles of investing: momentum, differentiation, and good selection.

Penny stocks are stocks sold for less than $5 per share. They carry a higher risk than “regular” stocks because they are low priced; hence they are traded with less stability representing more volatile investments. The phrase originated from the idea that such stocks were only worth the “penny” you’d get for them if they went to zero. Nevertheless, Penny stocks can be attractive for investors because they may offer higher-yield investments than other types of stocks.

Penny stocks are often traded on the OTC market without a central regulation. The SEC does not intervene with penny stock trading, but it regulates the behavior of brokerage firms who sell them to investors.

Because volatility is usually associated with penny stocks, investors must use caution. Before buying penny stocks, you’ll need to ensure that you have a significant amount of cash available. While some penny stocks can give investors a chance to gain a significant return in a short period, others will crash and burn their cash. Indeed, long-term investments typically provide higher returns for penny stocks.

We have listed 5 penny stocks that we believe will rocket in the last trimester of 2021. These are companies that might make an upswing in their niche industry.

We believe that the combination of analog semiconductors with customers’ complementary digital interfaces can provide solutions to emerging markets for large-screen televisions and enable the next generation of small form factor devices by providing high performance at low power.

The world’s largest TV manufacturer is planning to produce a 55-inch LCD that incorporates a small form factor and high resolution by utilizing our iCade port. This LCD will be a great showcase of our iCade module and result in more sales for our 3DVIO 3D scanning modules.

In addition, 2 of the largest television manufacturers – Samsung and LG Electronics – are planning to enter the 3D TV market.

As we have noted, over the next five years, the adoption of 3D TV will be primarily driven by the penetration of digital and hybrid CRTs and other OLED technologies.

During the fourth quarter of 2020, the company received additional revenue from video processing components from selected retail customers. The company believes that the current retail market is still benefiting from the low cost of OLED displays applied previously to LCD TVs and can continue to drive the retail and consumer video display business growth.

Pixelworks is competing with other suppliers such as:

Investors can expect to see growth in this sector since many companies in the Semiconductor industry are looking to expand into other markets such as flat panel displays and automotive.

The Pixelworks stock forecast is estimated to generate $160 million in 2021, which translates to about $110 million for the year. This is about 11% growth from 2020. Therefore, it is not surprising that the company’s stock is currently trading for only 7.

Chasing after the massive rallies seen in IGVE and PXLW this year, we believe that there could still be ample room for both to rally higher as long as the macro backdrop remains constructive.

Skillz isn’t technically a penny stock since – at press time – it is traded at $10.11. However, since Skillz’s price was $8 just a few days ago, we have decided to add it to this list of best penny stocks 2021.

Skillz lets you compete in any of thousands of games for fun or real money. Skillz can be played on a computer, tablet, or phone – anytime, anywhere. With no download required and no need to buy anything extra, Skillz is the simplest way to play.

It’s simple: Choose a Skillz game to play, and in this game, you play. The goal of the game is to score the most points possible. Skills earn you points when you complete your objective in the game. When you do, your Skillz score increases.

It’s the next best thing to gambling. Skillz is completely free and carries no strings attached.

To start playing, download the Skillz app, which can be downloaded for free in the Apple Store or Google Play Store. Then, use the mobile app to play the most fun and addictive games from the web and within the Skillz app.

Skillz games are fun, but they’re much more than just mindless fun.

There are hundreds of different games for Skillz. Some popular games include top-ranked multiplayer games like Game of War, Clash Royale, Modern Combat 5: Clear the Line or Fire Emblem Heroes.

All of the games have in-game currency, called Skillz. Players can earn Skillz by completing in-game challenges, completing mini-games, or simply by trying their best in competitive multiplayer games. The more Skillz you earn, the more you can spend on in-game items and other items.

Skillz has thousands of Skillz tournaments daily, where players compete in real-time matches in over 50 game genres. Players also compete in tournaments online or in-person in nearly 50 cities around the world.

Since the app was launched in 2014, the company has attracted over 35 million registered players, generating a staggering 5.7 billion dollars in cash from in-game purchases, including vehicle skins and game currency.

For comparison, Zynga (ZNGA) generated $4.2 billion in revenue during its latest quarter – almost 10x as much as Skillz did, although this in no way means that Zynga is an unimpressive stock.

Nokia Oyj stock is a Finnish telecommunications company. It has been operating worldwide for years, and it’s been the top global supplier of telecom equipment since 1998. Fredrika Ida Nokia originally founded the company in 1865 as a pulp mill operator in western Finland.

The Nokia name became famous when the company began making rubber boots in 1898 and later expanded to make rubber tires in 1906. They also started manufacturing paper in 1899, which they would use to produce maps with Nokia Maps printed on them.

Nokia Oyj (NOK) has been in a slump for a long time. During the first half of 2021, the stock price plunged by 70% due to lackluster mobile phone sales, a big smartphone patent lawsuit, and the acquisition of its navigation business, Navteq, by digital mapping company Here. That sale, in addition to billions in fines over price-fixing, caused massive volatility in the stock.

Nokia will have to find ways to help it bounce back in the mobile phone industry, and it’s doing so with a few small acquisitions and a big focus on digital mapping.

Nokia is a global supplier of mobile and fixed network infrastructure products. Although the company has not made any significant acquisitions yet, it is always keeping its eyes open.

Nokia is also a provider of complex communication equipment for global enterprise customers. With its brand and global reach, Nokia remains a major supplier of these networking services. In addition, the company has also established a significant amount of services for mobile network operators.

Nokia has been profitable in 2021, although a loss of EUR.1.2B was reported in the third quarter. Operating profits were EUR1.7B, and total sales were EUR15.5B. These were each up by 18.6% and 8.7% on the year, respectively. For the most recent quarter, Nokia reported an operating profit of EUR2.9B and a loss of EUR2.3B.

Analysts predict the stock will have a positive annual revenue growth rate over the next five years (10.4%), with a near-term price target of just under $5.83. This is almost the same price target as the current price for Nokia shares of around $5.47 today, but the estimated earnings growth rate is better for my investor tastes. The analyst’s historical target for the company is an average 14.3% increase over the current year. Still, based on the current price near $5.47, Nokia could potentially see a 30.9% price increase in the next 12 months.

Nokia’s stock forecast looks promising. Sales and Earnings per Share have been increasing steadily over the past five years as the company has diversified its product lines.

Nokia Oyj is one of the biggest and one of the oldest telecom companies in the world. The company’s product range covers five key market segments:

Nokia stock has had a bumpy ride during the last few years but is currently trading at a forward P/E of 8.69 and a forward-looking P/E of 8.25.

We feel that Nokia has been focusing its business on software products to benefit its future growth potential. As a result, its stock price is rising rapidly, and it might be a good time to jump in before the growth in these new opportunities is fully realized.

Nokia’s low valuation and record of growing earnings suggest that there is still value gained from owning this stock.

One company that has made strides with its product is Exela Technologie. Exela is committed to delivering high-quality IT services that leverage innovation and data analytics to optimize business performance. Their latest invention is the body-scanning camera that can show you a detailed 3D rendering of your body in five minutes or less using a 360-degree scan. This one-of-a-kind product helps to take control of personal health instead of going to an hour-long appointment at the doctor’s office.

Exela Technologie is a Canadian technology company that operates in the information and communications technology sector. It offers a wide range of IT solutions for enterprises and government clients. Founded in 1999 by Michel Le Blanc, Exela has grown to become an industry leader with offices across North America and Europe.
Exela Technologie aims to help businesses go paperless with the use of their software, Exela Connect. As a result, they make it easier for organizations to communicate, collaborate with employees, and allow employees to work remotely.

Exela Technologies provides design, engineering, manufacturing, and supply chain services for the consumer electronics industry. They specialize in the product lifecycle management of electronic hardware products. As a result of our expertise in product development and production scale-up, they can offer an integrated service model that spans the globe. This enables our customers to focus on their core competencies while Exela provides expertise in bringing hardware products to life.

GSAT also offers satellite telephone handsets for use where there is no cellular coverage or local landline infrastructure.